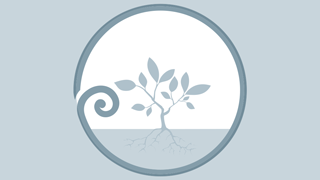 4.3 Communicate about obligations and responsibilities.

At the end of this lesson, students can:

Mātakitaki – Viewing: Understand and respond to combination's of visual and verbal language and their significance in communicating information and ideas to specific audiences.

Pānui - Reading: Understand overall meaning and specific detail in contexts that may contain some unfamiliar language.

In this activity, the students will play ‘blind touch rugby’.

Mark a playing field with four cones; this should be 20 metres long by 15 metres wide. School sports fields are ideal.

There are two teams, each with four players. Two players from each team will be ‘playing’ on the field. Each ‘field’ player will be blindfolded and will have a supporter directing them from the sideline. They will instruct their partner about where the ball is, where to move, and what they must do.

The four ‘field players’ face each other on the field, five metres from the centre line.

As referee, the teacher places the ball on the centre line and calls ‘tīmata’!

The supporters direct the ‘field players’ from the sideline, providing clear instructions in Māori, for example

In order to score a point, the ‘field players’ must listen to, and follow, the directions to:

To win the ball from the other team, players must touch the player who has possession of the ball. When a player with the ball is touched, s/he must place the ball on the ground.

Each player must take five steps back before play resumes. The teacher then calls ‘tīmata’ to restart the game.

Supporters and other students may be very animated, calling to the players. Ensure that they do not move onto the playing area.

Remind the players to listen for the instructions of their supporters.

As the students become familiar with the activity, increase the size of the playing field and run two or three games simultaneously.